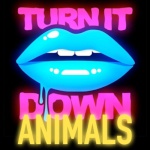 - Respect the team in which you are.
- Don't ask the leader / subleader for rank.
- Don’t report a PD member or any other member from the departments (FBI, NG) on the forum, but send a PM to the leader or find him ingame to resolve the problem.
- For questions, suggestions or problems you need to announce the leader or subleader.
- Don’t argue on [/d] or [/r]. If you do this there will be severe consequences.
- Using the PD commands for personal purposes or for entertainment is forbidden. The punishment for this is getting kicked out of the department and NEVER being able to join again.
- You are not allowed to use any job than Detective.
- You are not allowed to have materials, durgs or any other illegal items.
- It’s forbidden for a PD member to rob a bank. The punishment for this is being kicked out of the department for good.
- You are not allowed to use weapons in the LVPD Garage. You can only use them in the PD Armoury.
- Serious sanctions will be given to those who make negative comments at another department's expense. The departments must be united. Those who seek verbal fights are not worthy of a department.
- When a LSPD/LVPD/FBI/NG member violates the driving laws you have to pull him over and take a ScreenShot of [/wanted] and if he says that he is in a pursue of a player that doesn't have the right to surrender you are obligated to use [/mdc] on that player. If he is not in a pursue you can send the proof to his leader and will get FW or you can give him two tickets of $1,000.
- The rank 3+ members: There is no longer an universal price for [/lawyer]. Every rank 4+ member can negociate with the buyer, within the limits set by the script. One accept lawyer equals 15 points [/acceptpoints]. You receive one acceptpoint at every payday. Who violate the limits set by the script at the sale of [/lawyer] will be punished with FW.
- The rank 3+ members can go after wanted and can arrest suspects from (almost) any vehicle. You are not allowed to use personal cars for Roads (confiscating licenses / giving tickets, etc).
- When you answer to a report on the RPG Website, you have to give professional answers. If you make spam or you use bad language against the reporter, you will get punished.
- If you were reported at the faction on the RPG website, you have 2 days (48h) to show your proofs. In the other case, the leader will decide your fate only after the reporter's proofs.
- Police Department deals with suspect that have Wanted 1 or 2.